This is, without doubt, the lowest mileage 1996 R129 Mercedes-Benz SL500 on the planet with only 89 miles on the clock. It is in ‘as new and unmarked ‘ condition despite being 25 years old. 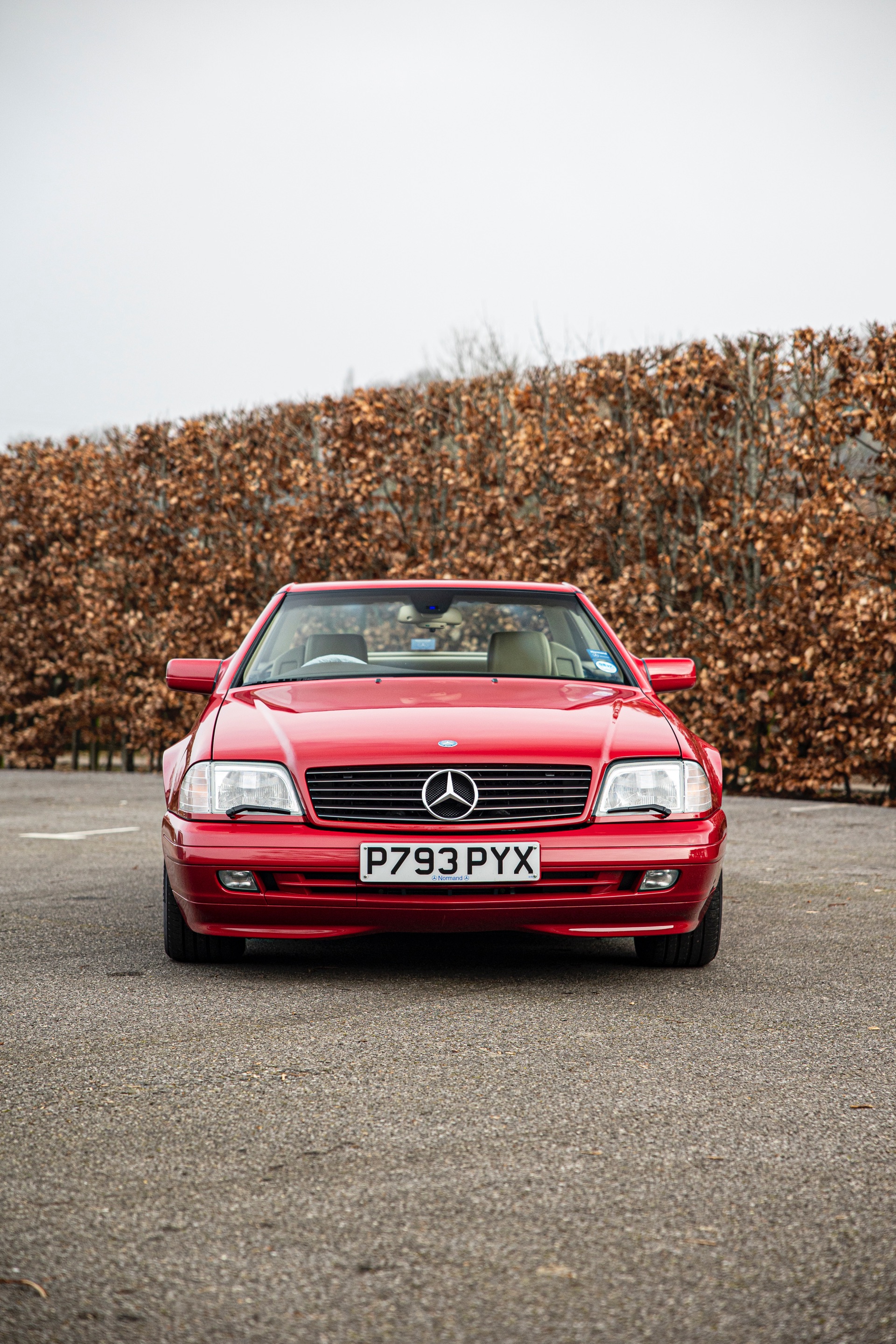 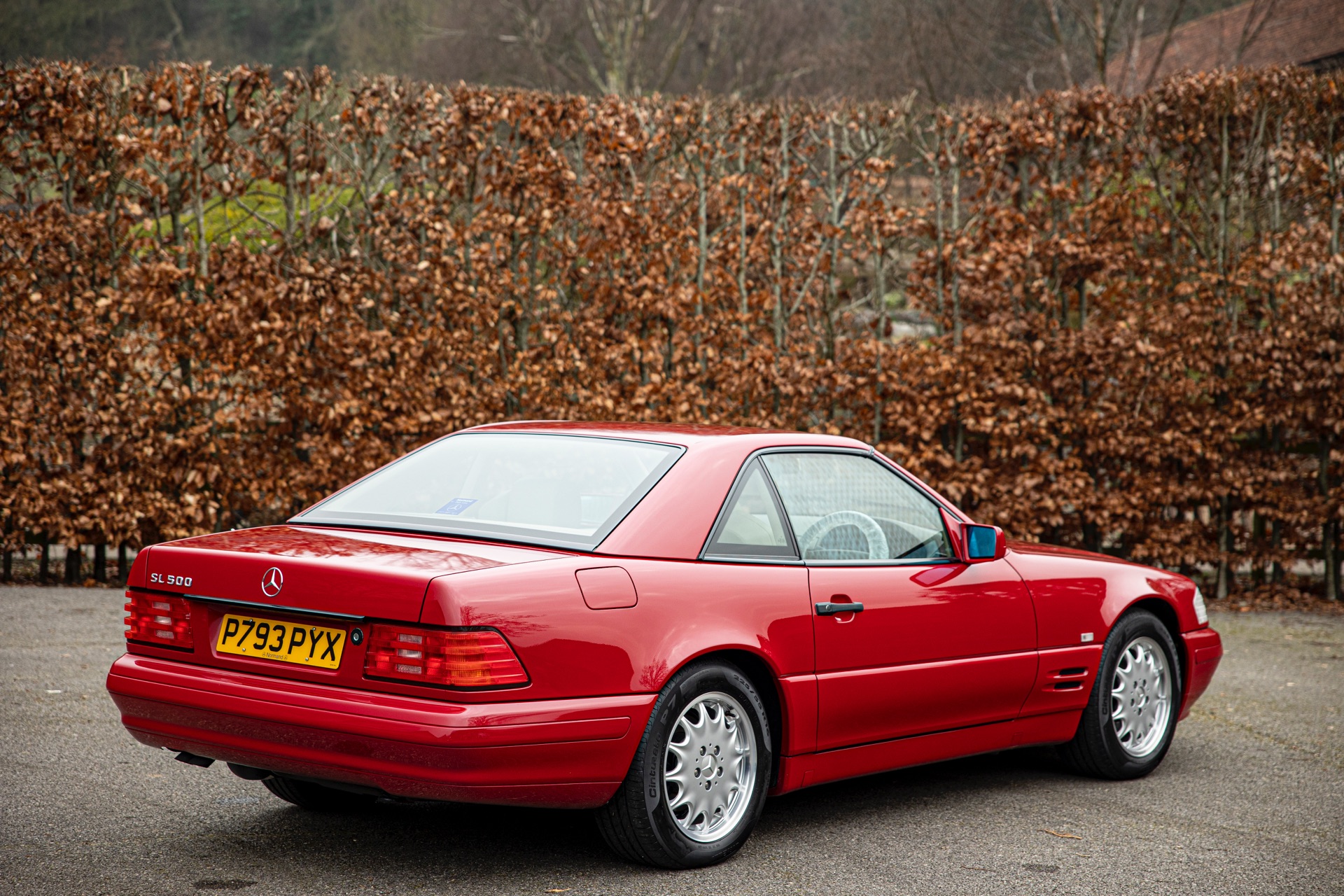 It was sold new by the Normand of Mayfair dealership in 1996 and was a birthday gift to the lady owner from her husband. After driving the car for a mere 80 miles she lost the keys and rather than get another set of keys from the dealership, left the car to sit in her underground garage in Knightsbridge, London for a further 2 decades. This is confirmed in a letter she wrote that accompanies the car. 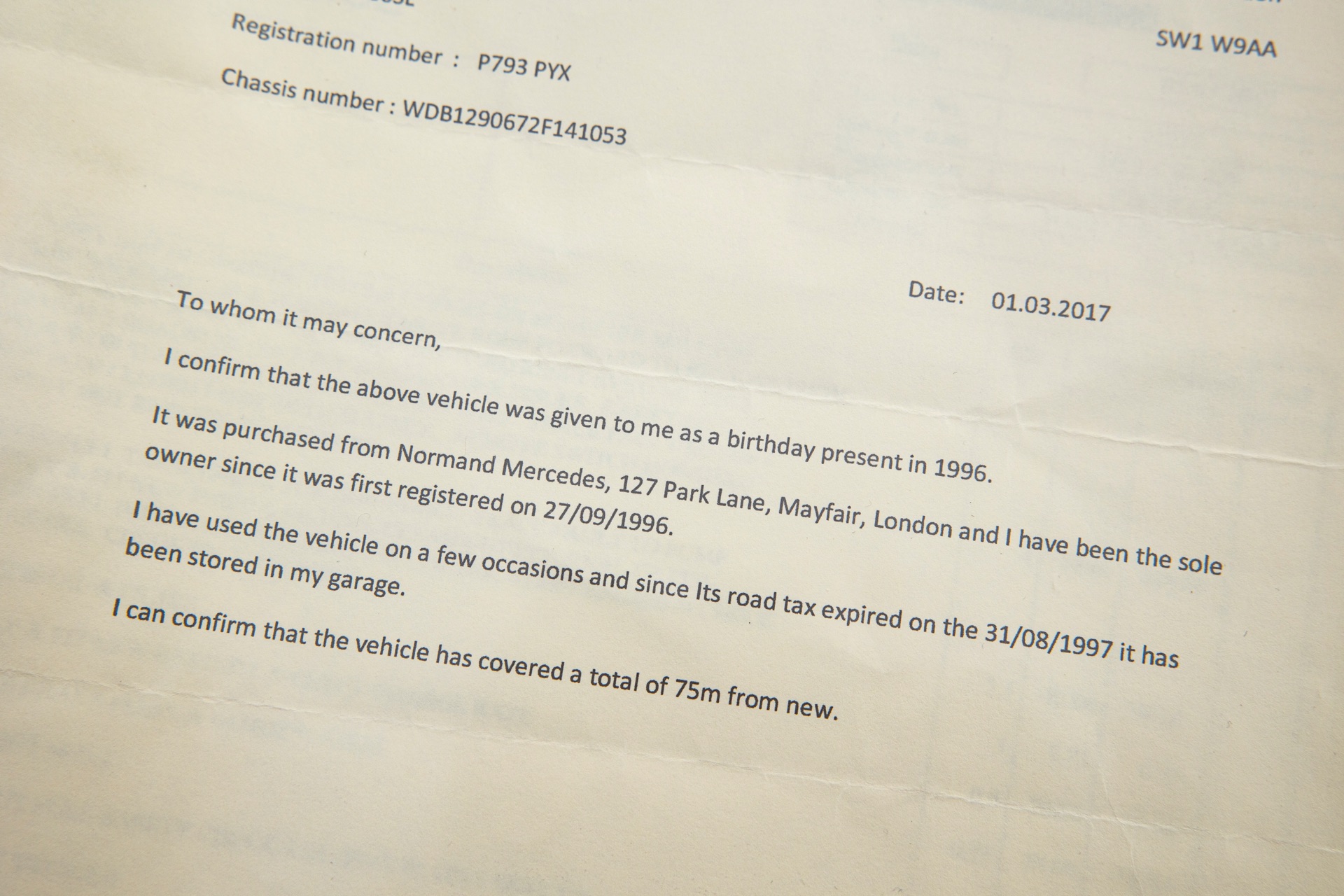 The Mercedes, with its unusual story, featured in the world motoring and national press in 2017 when it was discovered and the car then went to auction with Coys in London.

The Mercedes R129 was launched in 1989, with production continuing until 2001 when its successor, the R230 was released. The R129 continued the trend of using the eight cylinder M series power unit that its predecessor the R107 used with the M119 unit. The engine pushes out 320hp at 5,500 rpm, and 347 lb-ft of torque mated to a 5 speed automatic transmission. This naturally aspirated motor was rated to deliver a 6.2 second 0 - 60 time, a limited 155mph top speed, and fuel economy that averages 18.1 mpg

The car was purchased by the current owner, an avid Mercedes collector looking for the best examples in the world.  He says that when the car arrived with him it exceeded his expectations and he commented that it even had that new car smell. The current owner has recently decided to sell the car at no reserve in the hope that the new owner will lightly use the car and add a few miles to the odometer rather than leave it in a climate controlled bubble. 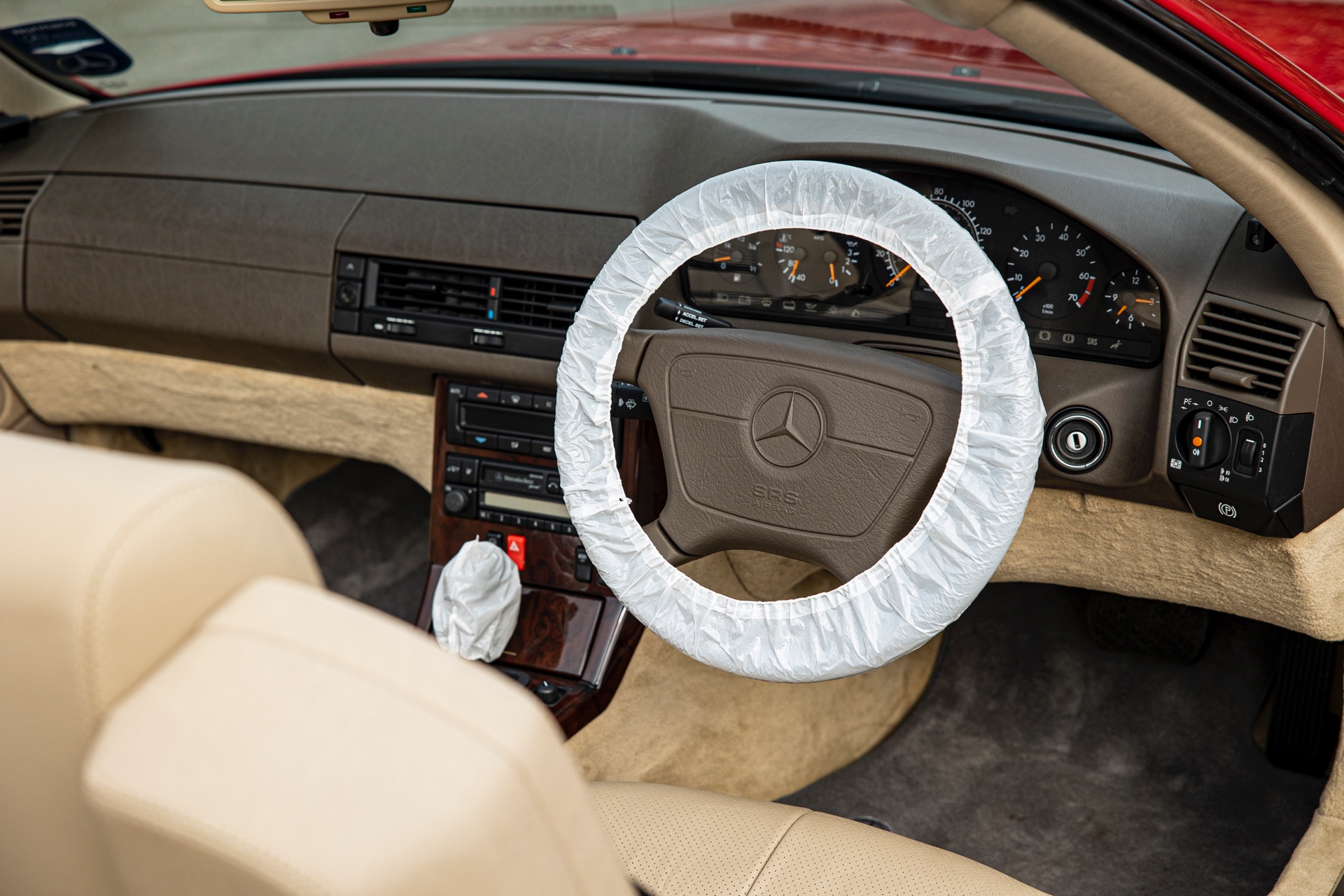 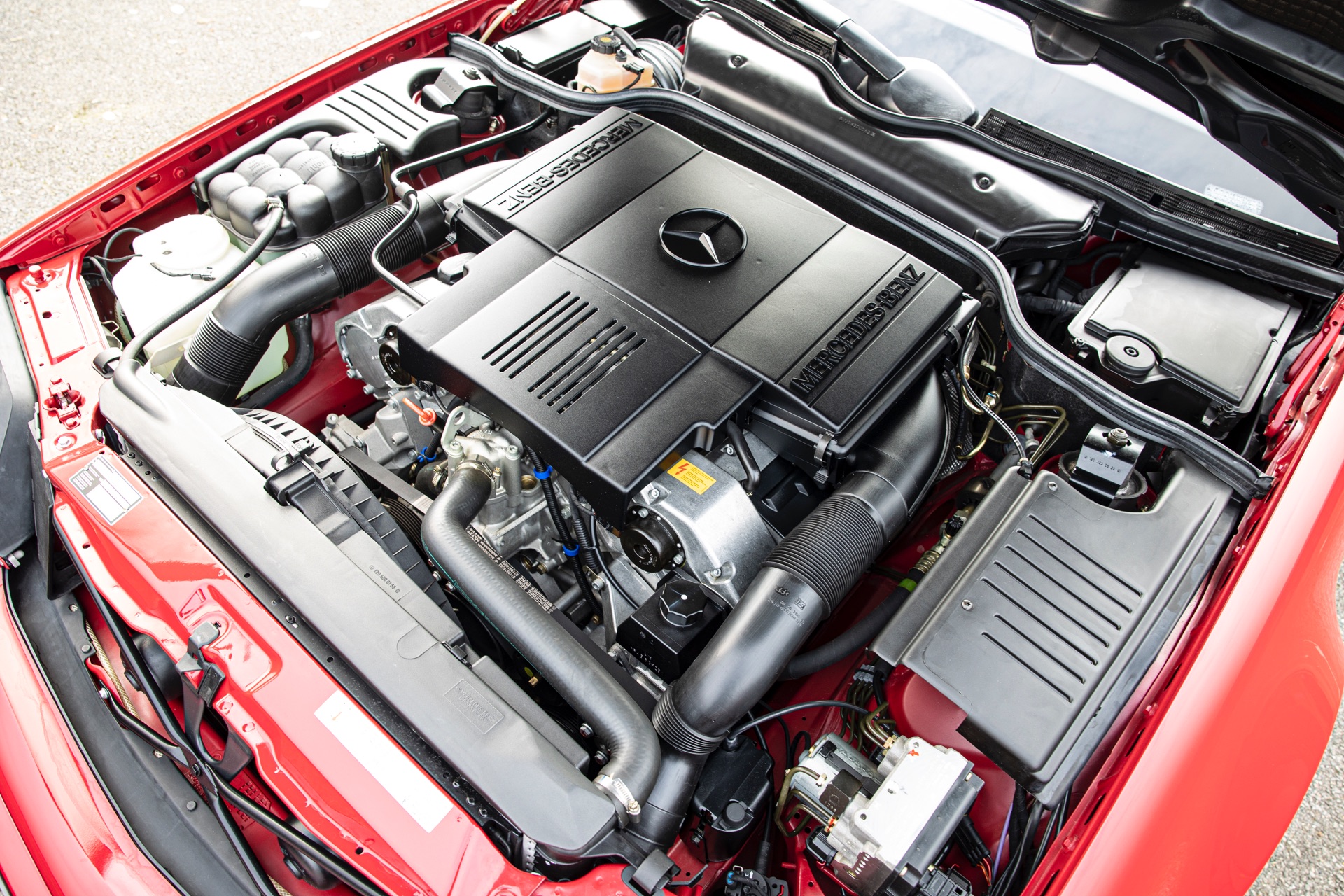 Having barely been on the road and with less miles than most demonstrator models, the underside, engine bay, interior and paintwork are as it left the factory in 1996. 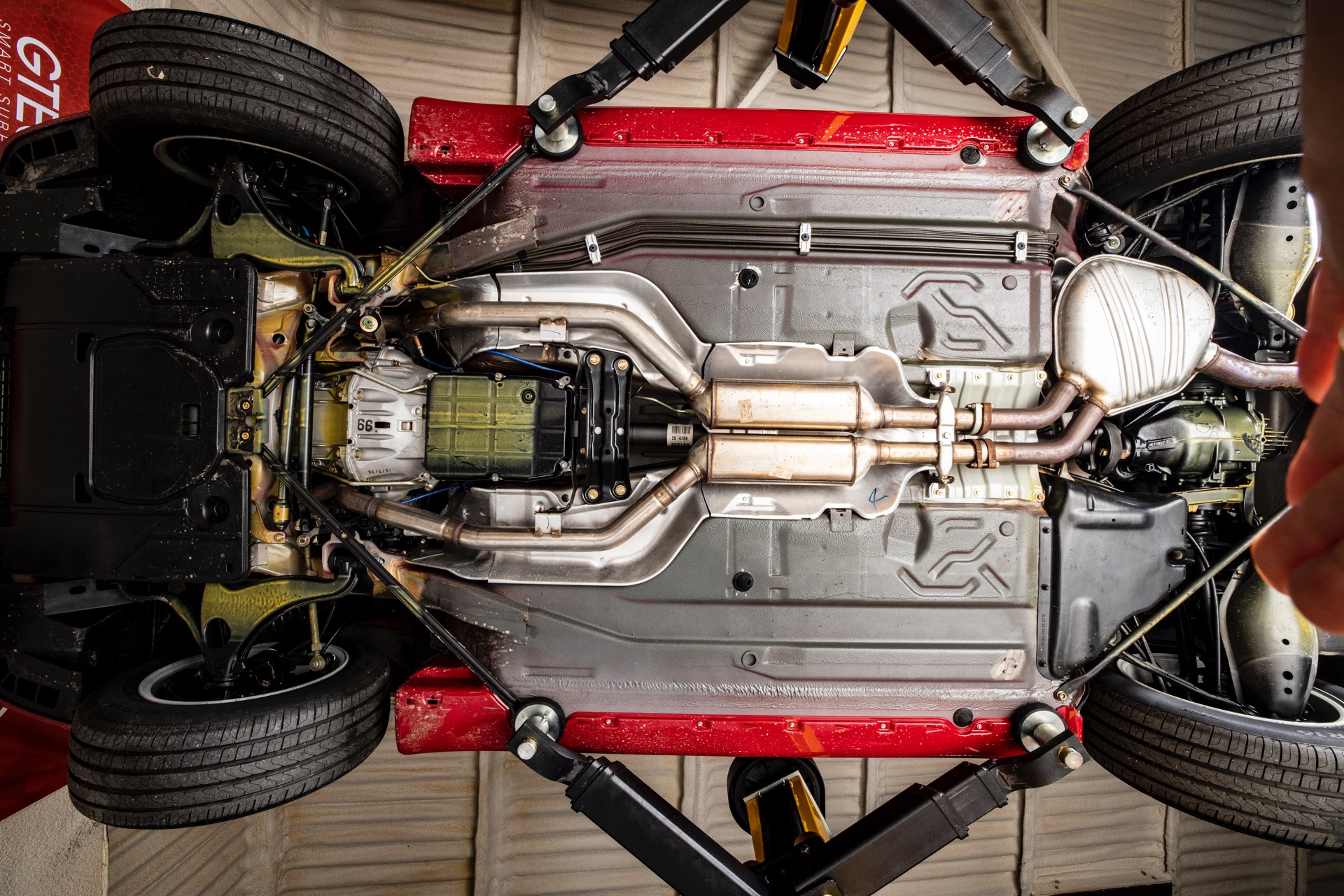 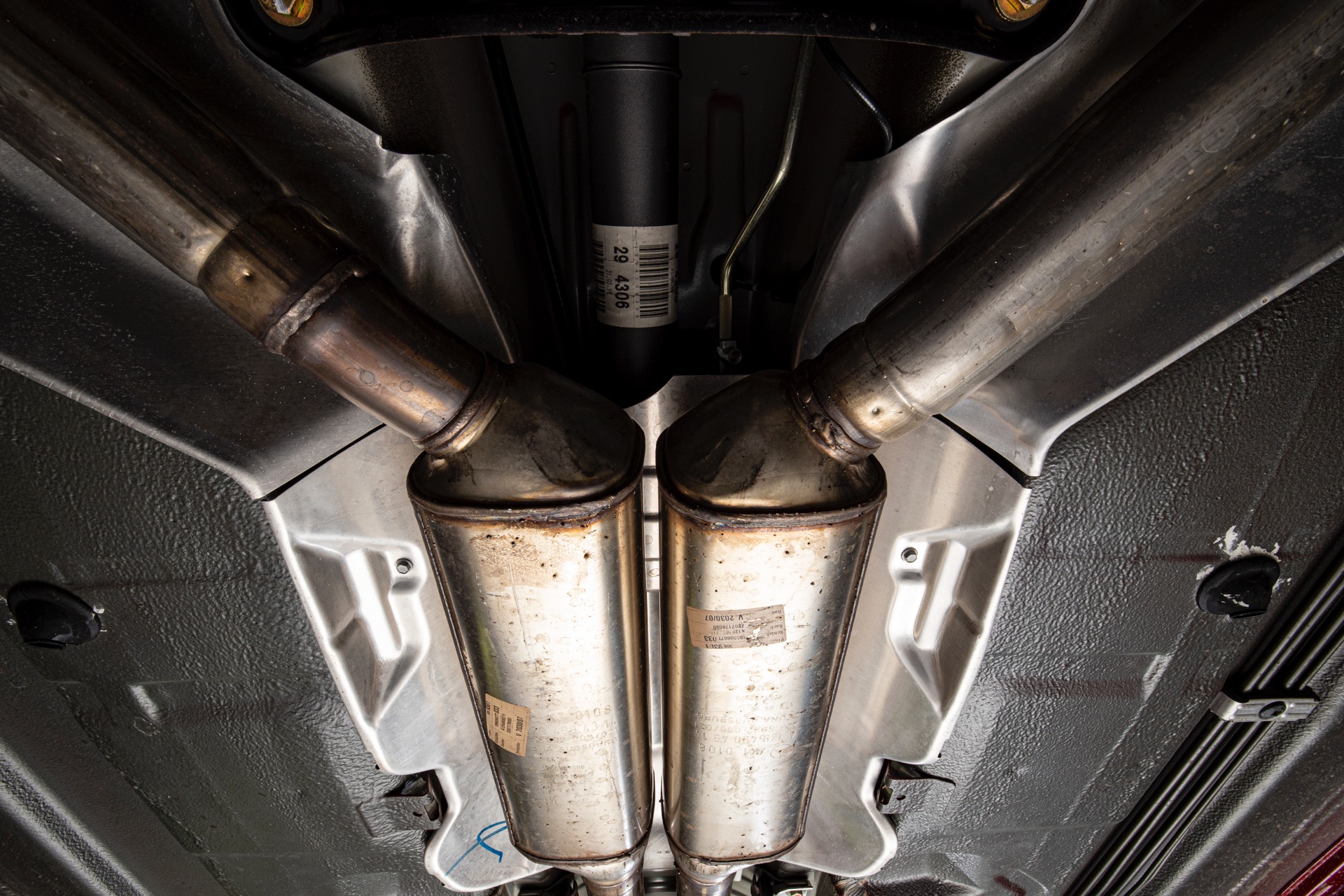 Silver-finished 16″ alloy wheels are wrapped in 225/55 Pirelli Cinturato C7 Tyres. A full size spare wheel is in the boot. 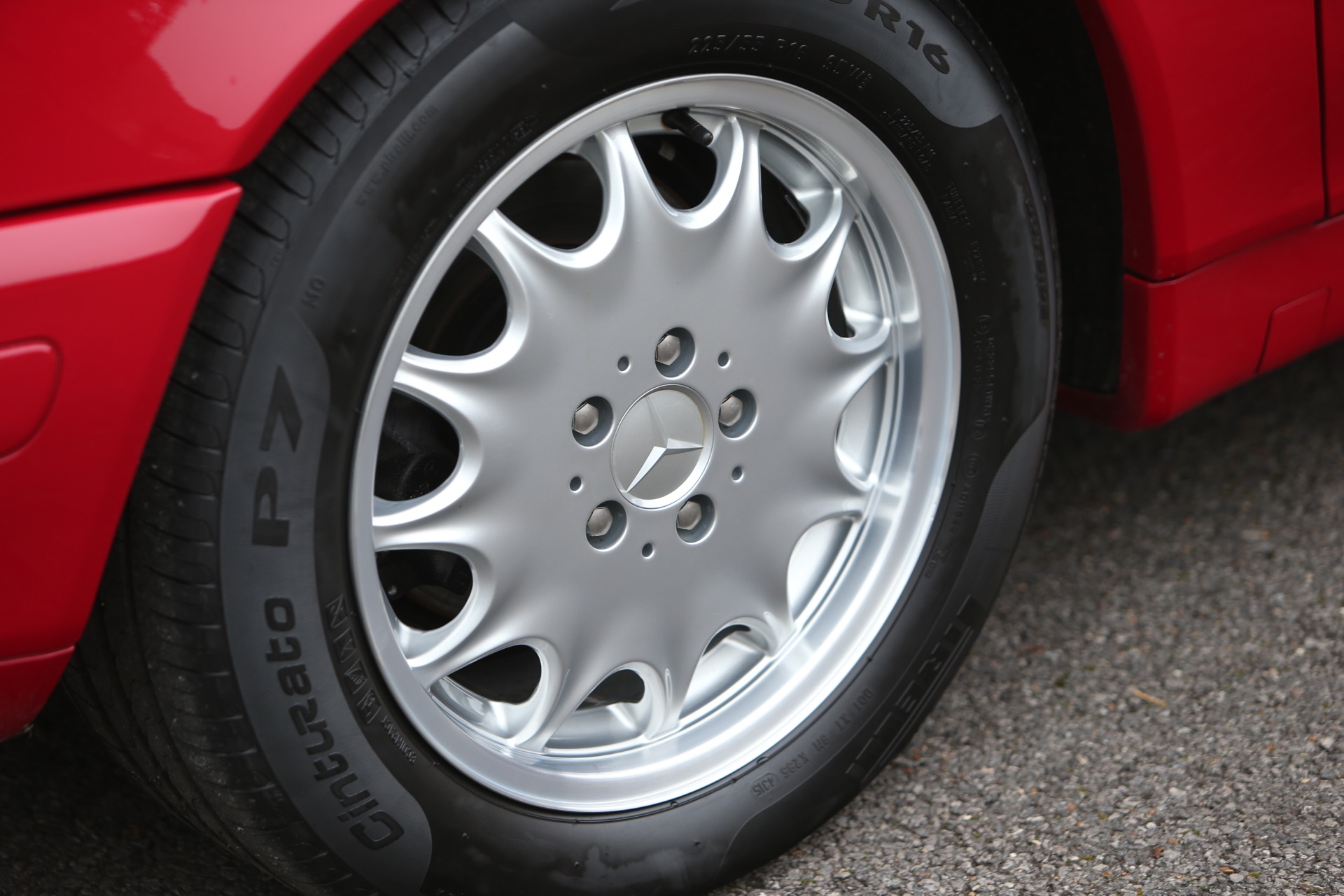 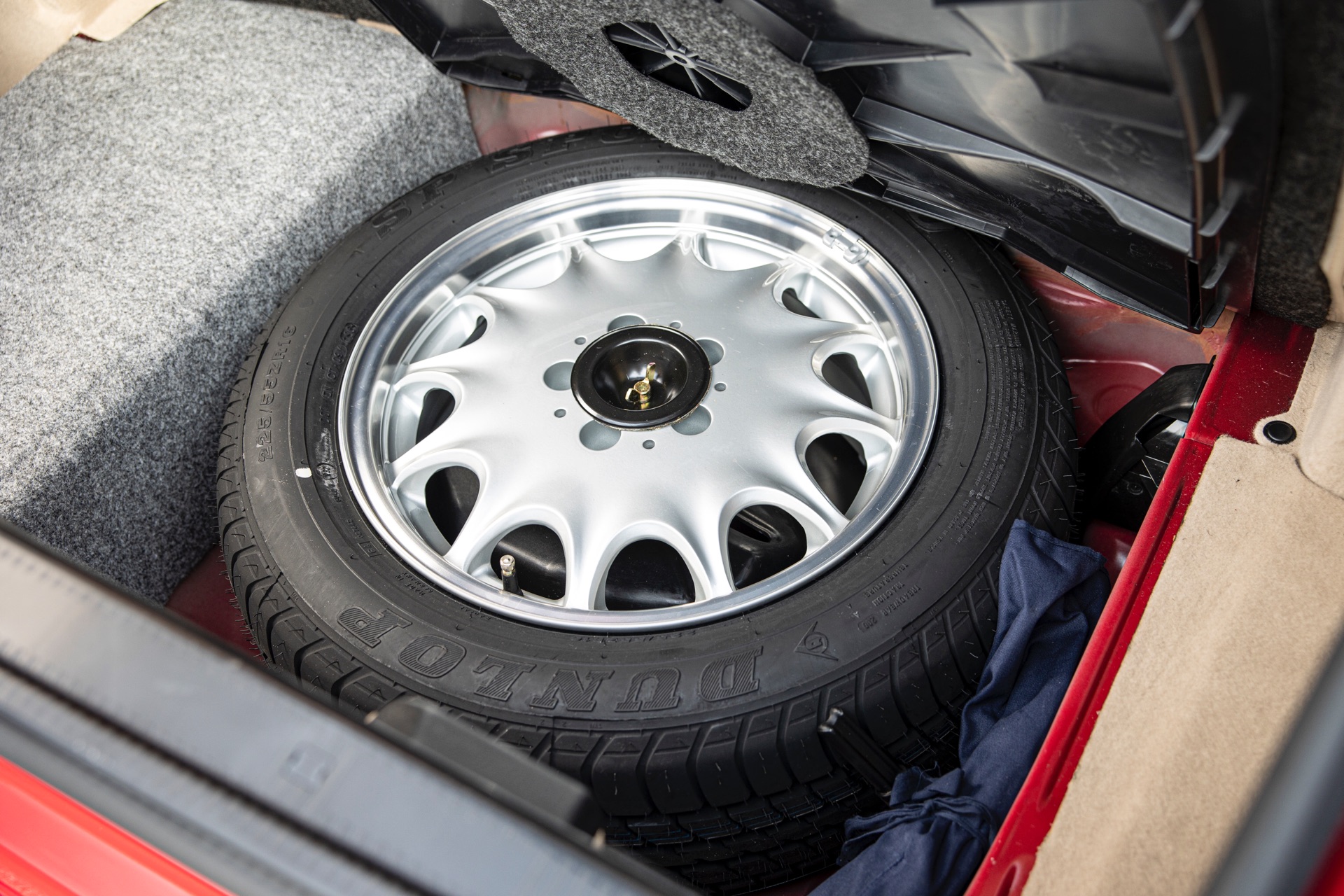 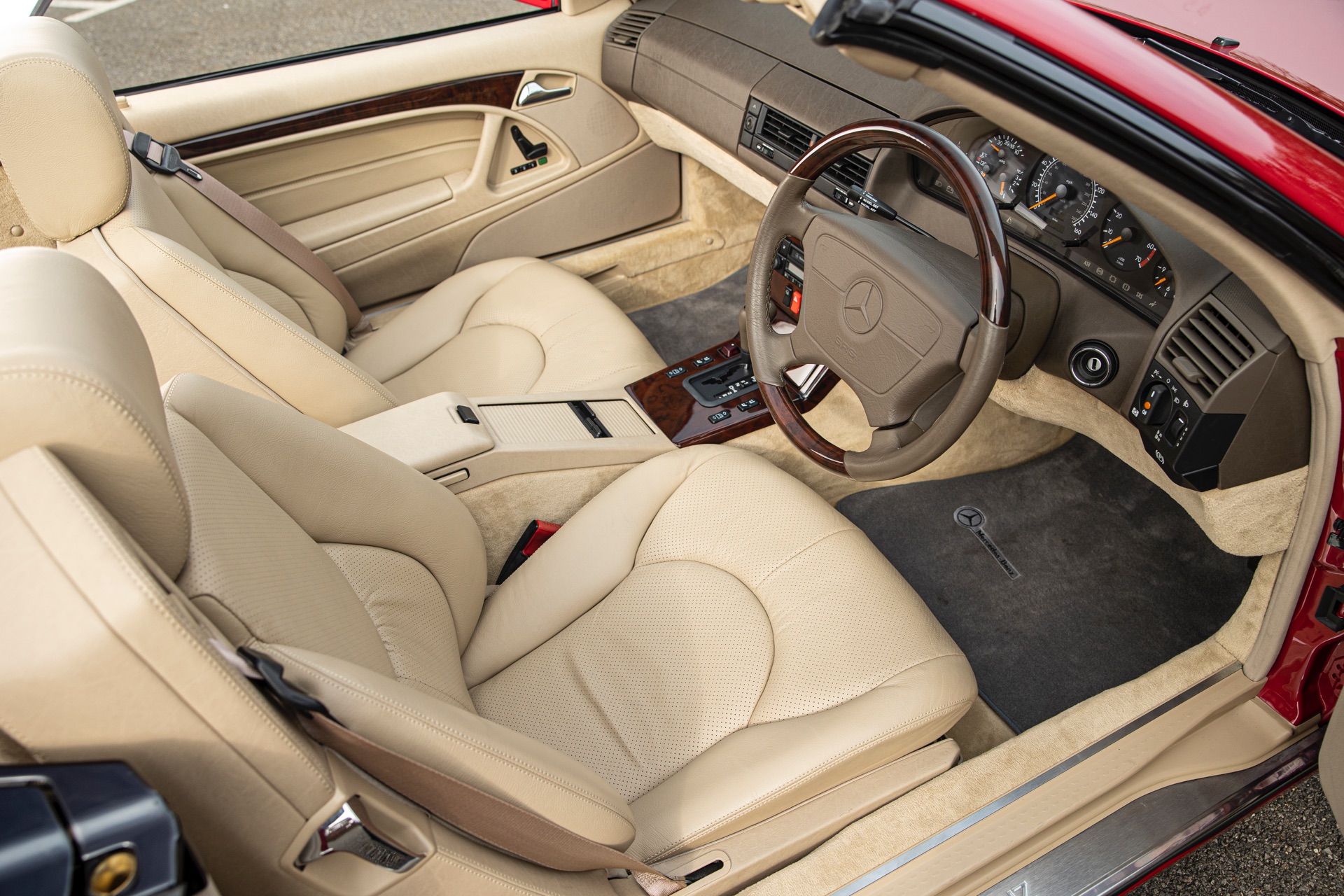 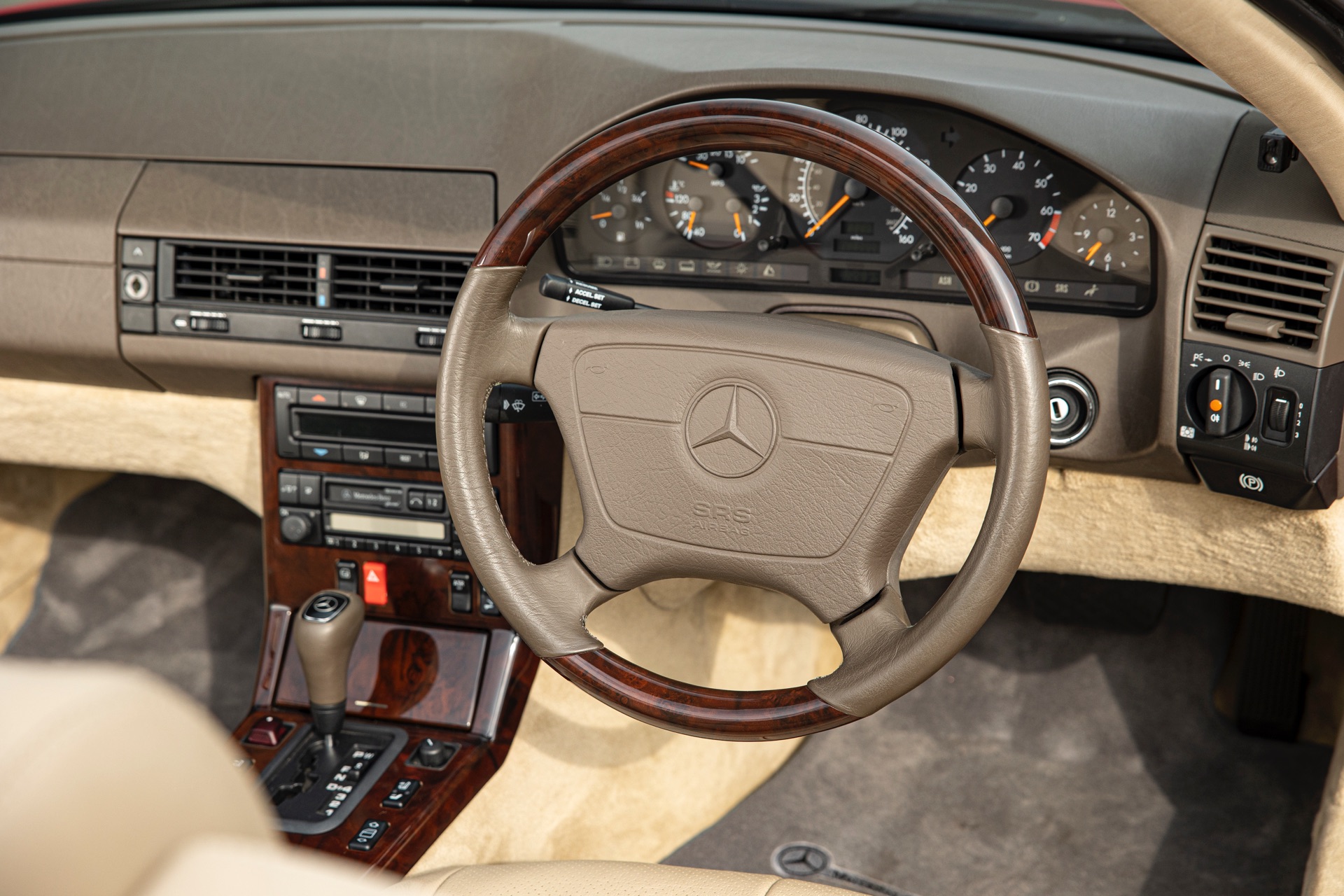 The leather and wood wrapped steering wheel frames a 160-mph speedometer, a tachometer with a 6k-rpm redline, a clock, and gauges for oil pressure, instant fuel economy, and fuel level. The digital odometer indicates 89 miles, less than 3 by the current. 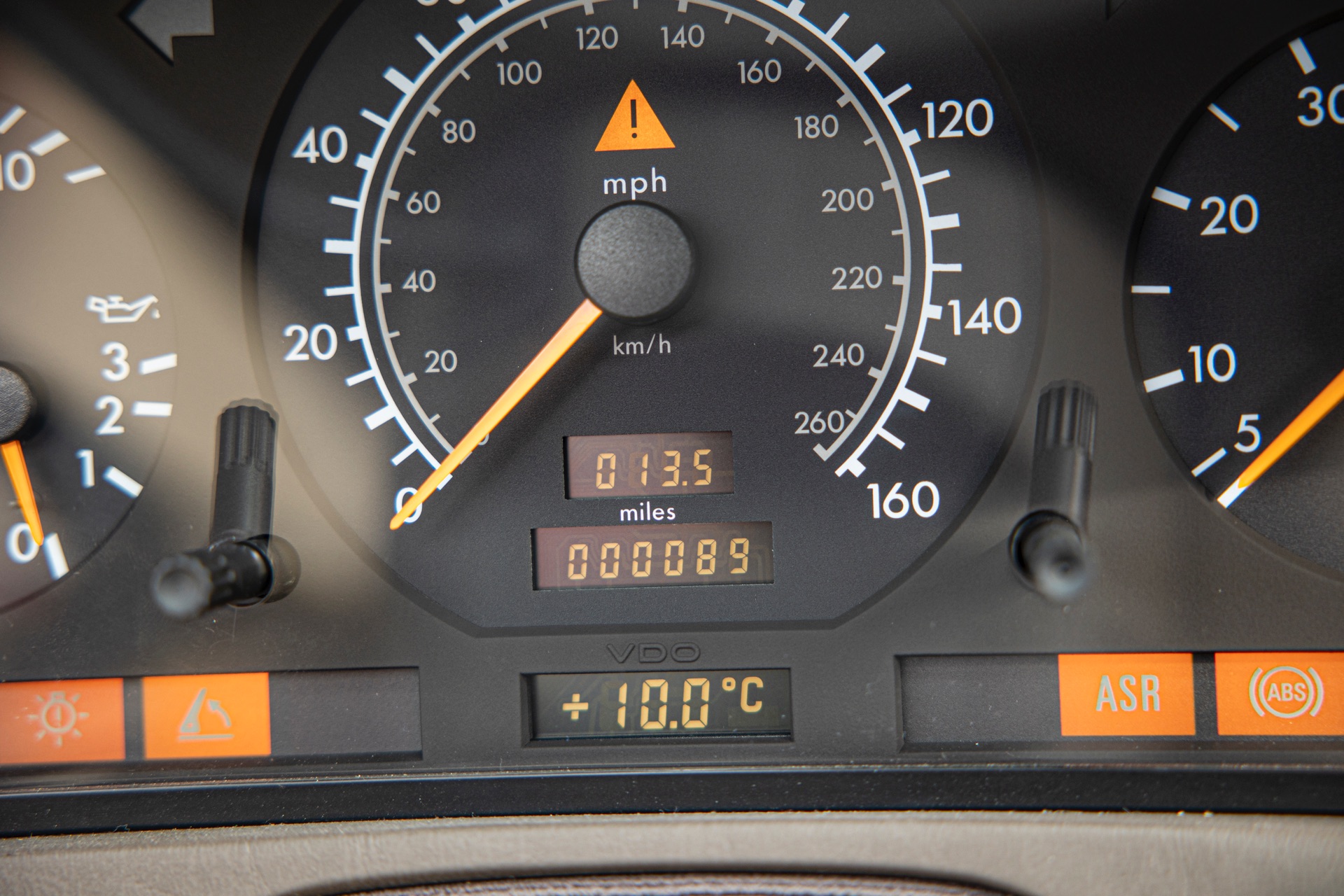 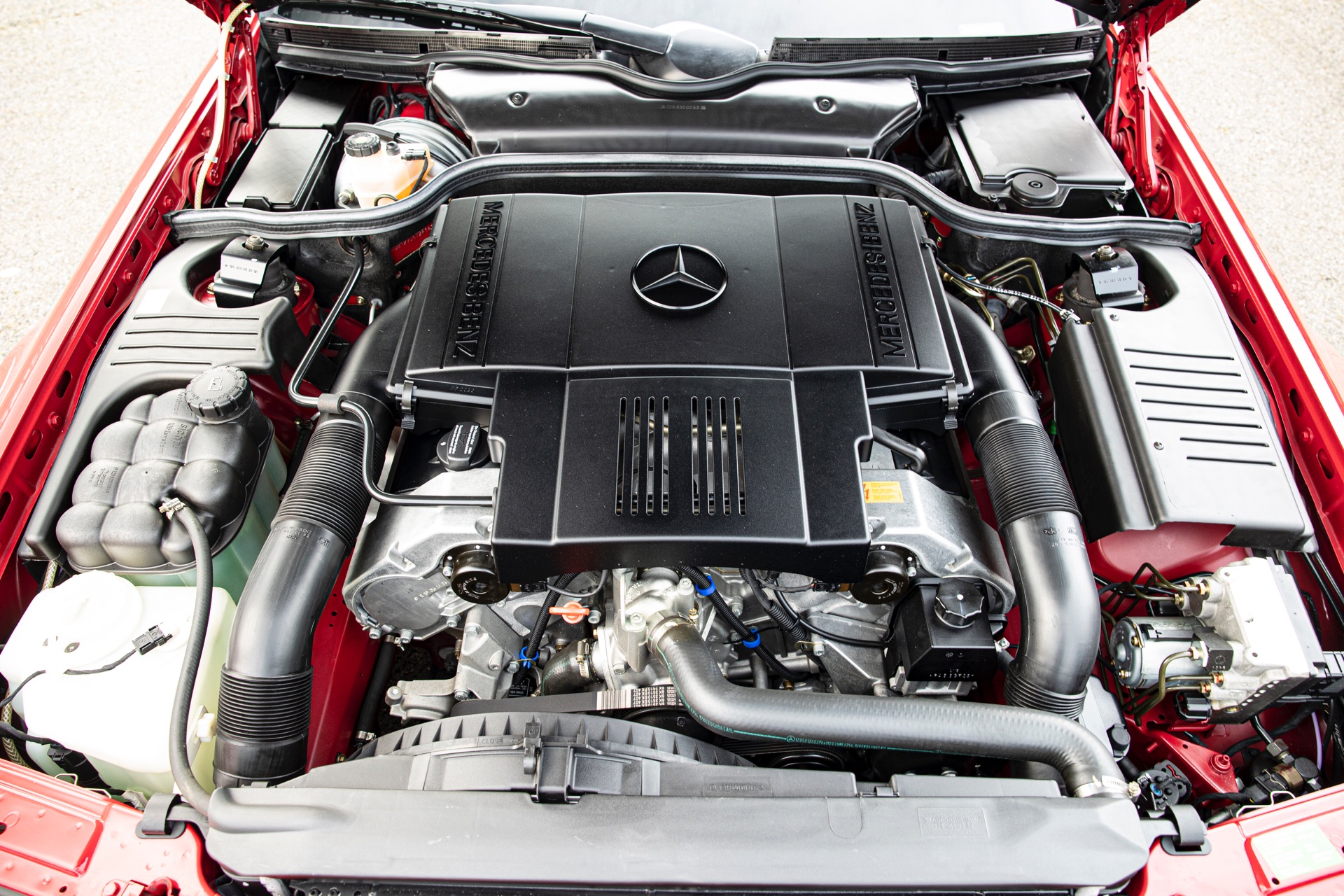 Service on the car was performed in 2017 and included new battery , oil and filter and new brake fluid. The last Mot was in 2017.

Additional underside photos are provided in the gallery below.

The current owner has maintained the SL in pristine condition, storing it in a dry temperature controlled environment since purchase.